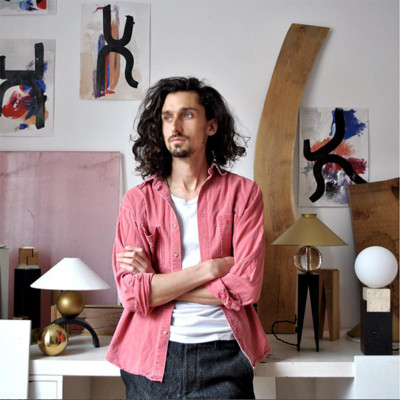 Louis Jobst is a young British Designer working from his studio in Acton.  He was talent spotted by Elle Deco in 2017 and awarded Accessory Designer of the Year.  I met Louis on his stand at The London Design Festival last year and it was great to get a chance to see his work.

Louis initially trained for seven years as an Architect, working for practices such as Carmody Croarke.  Strongly led by form, his bases are elegantly sculptural and I find a harmonious balance to his designs.  The influence of his architectural background is reflected in his designs.  His shapes are geometrical with precise angles and curves. He builds the Architecture of his lighting with arches, columns and monoliths. Experimenting with patinating metals and raw materials, he combines form with function.

Louis has a selection of his work for sale on his website with all pieces made to order in 8-12 weeks. You can visit his website www.louisjobst.com  for further information.

We recently featured  Louis’s ‘V’ lamps with another of your featured makers Kevin Stamper on our Zen Blossom Mood Board. 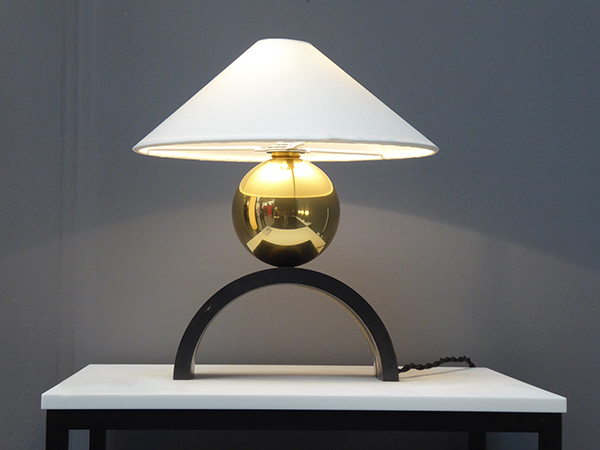